Archive search on "damas de blanco" or "Ladies in white" 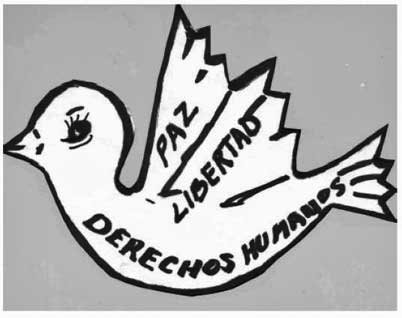 The women's initiative "Ladies in White" (Damas de Blanco) was founded after  the wave of arrests in March 2003. These courageous women decided to remind the Castro regime of its obligations. In March 2003 75 journalists and civil rights activists were arrested within only a few days. Since then, women, dressed in white, have been walking every Sunday across the Avenida Cino in Miramar, Havana, to the church of Santa Rita. During the sermon they pray for their relatives and after church they walk through the streets of Havana under the constant surveillance of the Cuban secret police. Their weekly procession at first received little attention for the outside world though it gathered sympathy from Cubans.

The Ladies in White have sent letters and appealed directly to foreign governments and Cuban officials demanding the unconditional release of all political prisoners.
In the face of persistent threats, insults and attempts to silence them by the Cuban government and its civilian mobs, these courageous activists remain calm but steadfast in their struggle for justice and human rights, and in their commitment to peaceful advocacy. Their work to promote human rights in Cuba has earned the recognition and respect of the international community that. In October 2005, the Ladies in White were awarded the prestigious Sakharov Prize by the European Parliament.

Currently support is being gathered to nominate the for the Nobel Peace Prize. A prize they have well deserved in my opinion.