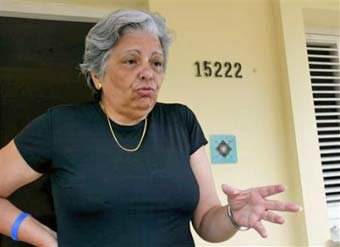 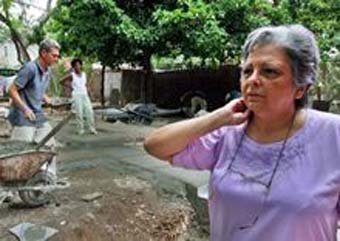 Martha Beatriz was born in Havana on May 16, 1945 and graduated with a major in Economics in 1976. She is director of the Cuban Institute of Independent Economists, an organization that promotes free access to information regarding Cuba’s social and economic situation.

As a member of the Work Group of the Internal Dissidence – also called the Group of Four – she was one of the authors of the documents “The Homeland Belongs to All”, which caused her to be arrested and later sentenced to three and one half years in prison. She was set free after completing her sentence in May 2000.

Under her leadership in 2001, the Cuban Institute of Independent Economists opened a website publishing the first free pages from Cuba in the international web.

She was one of the founders and leaders of The Assembly to Promote Civil Society in Cuba, (a coalition that groups together more than 350 organizations of the Cuban civil society).

In 2002, she received the “Heinz R. Pagels” Human Rights Award for Scientists, given by the Academy of Science of New York. The Castro regime did not allow her to travel abroad to attend the awards ceremony, which took place in New York in September of the same year.

Martha Beatriz did not stop in her quest through civic, non-violent means to restore democracy in Cuba through The Assembly to Promote Civil Society.

On March 11, 2003, Martha Beatriz started a fast for the freedom of Dr. Oscar Elías Biscet and all the other political Cuban prisoners. She was arrested for the second time on March 18 and held at state security headquarters in Villa Marista while pending charges. Martha Beatriz was condemned to 20 years in prison for exercising her right to free speech.

She was released released in July 2004 "on probation" because of her poor health conditions, after strong pressures from the United States, the European Union and human rights organizations.

In May 2005 she spearheaded the organization of the "May 20" dissident meeting in Havana. On July 22 2005 she was arrested again together with other dissidents when she was heading for a protest at the French embassy, but she was quickly released by the following day.

She has continued her work focusing on trying to persuade the European Union to be more firm in its attitude towards the Castro regime. On April 25, 2006 a furious civil mob organized by the Cuban Communist Party and security forces, broke in her house and kicked her in a violent attack she considered as a "personal message" from the Castro regime.