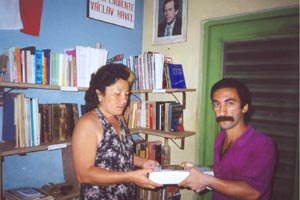 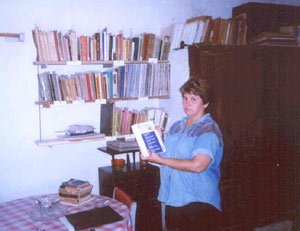 Project of Independent Libraries in Cuba

To defeat government censorship, Cuban opposition activists founded the Project of Independent Libraries in Cuba. Before this project, Cubans were limited to the kinds of publications that the government allowed in bookstores and state libraries. However, in 1998, Castro stated that there was ?no prohibition of books in Cuba ? simply no money to buy them.? Activists took this statement as their premise and began to open lending libraries in their homes so that any interested individual could read and form opinions free of state intervention. Despite the continual repression, today close to 100 libraries have been founded throughout the country, a number that changes constantly as new libraries are formed. The Directorio plays an active role in gathering books and office supplies to send to this vital information project.

The BBC Radio Five program "Up all night" focused on the plight of the independent libraries in Cuba in April of 2006. We are glad to be able to provide you with the audio of the program.

Recent news about the movement's founder: Visit the website of those that support the independent libraries in Cuba:

The Friends of the Cuban Libraries.

Help Cubans: take a book to a independent library!